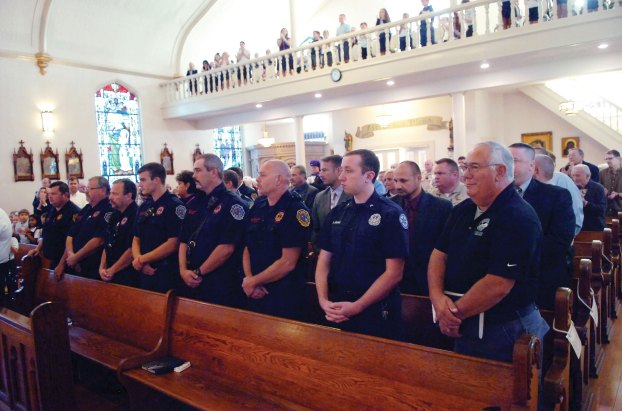 For 20 years the Blue Mass, held at Saint Joseph Catholic Church in Winchester, has become the community’s annual, almost ritualistic thank you to local police, fire, and emergency management personnel.

The mass, scheduled for Friday, Sept. 10, has roots in one of the most tragic days in American history, the September 11 terrorist attacks.

“The Blue Mass started 20 years ago,” said James Barlow, a Saint Joseph parishioner of close to 40 years. “It was the one-year anniversary of 9/11 and the Knights of Columbus made a decision to have a thank you mass celebrated to thank the first responders in Clark County.”

The Knights of Columbus are a Catholic fraternal organization dedicated to local philanthropy. It was founded in 1881 by New Haven, Connecticut, priest Father Michael J. McGivney, and currently has over 16,000 councils and 2 million members worldwide.

Barlow, who has been part of the organization since 2002, said that the Winchester council was founded in 1921.

The original idea for the mass started with the national head of the organization, the Knights Supreme Council.

“9/11 was obviously a tragedy for the entire United States and a shock to our system,” Barlow said about why it was important to start commemorating the day. “When we broke it down, it was the first responders of 9/11 that made such a difference trying to rescue people.”

The event became a yearly occurrence, but many churches stopped holding the mass. Meanwhile, Saint Joseph held steadfast in its yearly vigil.

“We are the only church that I am aware of that has done a celebration of – a remembrance – every single year for 20 years,” Barlow said.

Over the years the mass became less a 9/11 tribute and more of a community event, and as a result, its meaning evolved as well.

“It was important for us to recognize the first responders that take care of us 24/7, 365 days a year; just to say thank you for putting your lives in front of us,” Barlow said.

During the mass, the first responders hear a special homily in their honor from the parish priest and receive a blessing from him.

The students of Saint Agatha Academy also honor the first responders with a rendition of “America the Beautiful ‘’ and offer them a keepsake to take with them.

“All the kids at Saint Agatha have made posters. They’ve got them on the wall thanking the first responders and we encourage them, and a lot of them do, to take the posters off the wall and back to their fire station or wherever it is [they are going],” Barlow said. 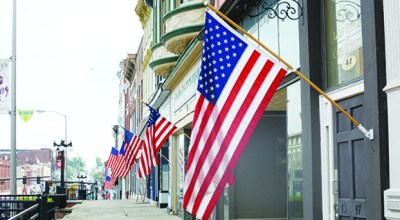