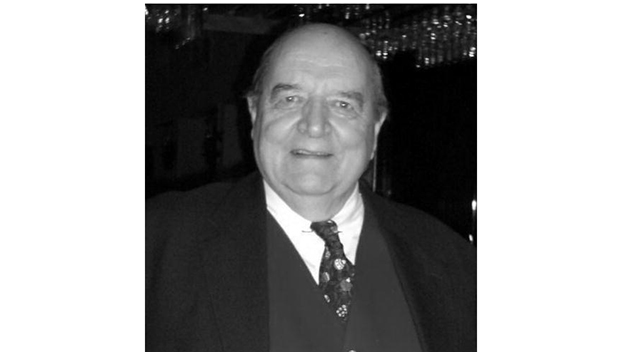 George Bruce Taylor Miller, Jr, 88 years old, born in Somerset, Kentucky died peacefully at home with his family Sunday, July 18, 2021. He was a member of First Christian Church of Winchester. Bruce, as he liked to be called, was twice a widower, first to his early love of 20 years Linda Oaks, in 1983 with whom he fathered three children, and in 2012 to his great love of 25 years, Donna Allen. They combined her three children in with his to become the local Brady Bunch. He was also preceded in death by his son Richard, his parents George Bruce Taylor Miller and Elizabeth Lilleston and his sister Annelle Goodin.

Following graduation from Paris High school and the University of Kentucky, he served as a 2nd Lt through an ROTC commission serving for 21 months as an Army infantry officer and discharged a 1st Lt. He was then a licensed Registered Representative for the now defunct Kentucky Co., an investment firm. Afterwards he accepted a position with KY State Government, serving under three governors with his final position as Director of Accounts in the Dept. of Finance. Next came an appointment with a USAID contractor as Accounting Advisor and Chief of Party to the governments of Afghanistan and Pakistan, where he spent five years with his family in those countries. His daughter was born in Afghanistan. He then accepted an appointment to the University of Kentucky, where he remained for 25 years of serving under three Presidents until his retirement in 1995, with his final position as Director of Employee Benefits. He then joined Donna in her home accessory business, It’s a Keeper, in Winchester until they both finally retired in 2003.

Donna and Bruce traveled extensively, both in country and abroad. Six trips stood out as highlights of their extensive travel life. First, their trip to Antarctica and Buenos Aries, where they were joined by Melissa and Richard. Second, the trip to Alaska with all the children and grandchildren. Third, the trip to France and England. Fourth, the trip to Greece and Turkey with Donna’s sister, Penny, and fifth the trip up the St. Lawrence from Rochester to Halifax, Canada, and lastly, the train ride from Maysville to Portland culminating in a paddle wheel boat trip up the Columbia and Snake Rivers.

Other memorable trips include trips on Donna’s father’s boat including the trip around Manhattan Island (up close to the Statute of Liberty), the trip from KY Lake to MS and MO rivers to Lake Michigan, the trip up the Atlantic coast from Hilton Head to Annapolis (with Nancy and John) and the trip from Louisville down the Tom Bigby Canal to Mobile, AL with Annie.

Donna and Bruce especially enjoyed the Isle of Palms in SC, spending many happy weeks there with family members and friends visiting each year, and Taylor was especially helpful in transportation to and from KY.

The Pallbearers will be John Allen, Zack Allen, Justin Allen, Andrew Allen, DJ Gabbard, Fielding and Henry Turner. Honorary pallbearers include Alex Garcia, Doyle Stone, Charles Hougland, and Will Hodgkin and his many friends in the Rosemary Brooks community, as well as countless others too numerous to mention.
Services will be held on Friday, July 23, at 1:00 pm, at the the First Christian Church, 24 E. Hickman St., Winchester with Rev. Jerry Johns and Dr. Ed Mesta officiating. Visitation will take place from 11:00 am till the hour of service. Burial in Winchester Cemetery. In lieu of flowers, memorials may be sent to The First Christian Church, or Hospice East, 407 Shoppers Dr., Winchester, KY 40391. Rolan G. Taylor Funeral Home in charge of arrangements.