UK will be clinical vaccine trial for children ages… 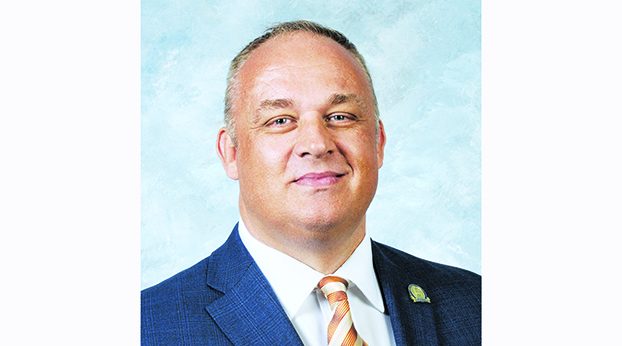 A bill is has been requested in the Kentucky Legislature that, if approved, would designate transgender students to sports based on their biological sex as opposed to their identified gender.

Bill Request 154, titled the “Fairness in Womens’ Sports Act,” is one of numerous controversial bills being filed throughout the country related to regulations towards trans students in extracurricular activities. State Representative Ryan Dotson is pushing the bill for what he says is a protection of women’s sports scholarships.

“There’s been an interference with sports scholarships for women at some particular point,” said Dotson. “Womens’ sports is such a competitive field, and we wanted to ensure that it’s level.”

BR 154 seeks to amend KRS 156.070 to include regulations against biologically male students from participating on womens’ sports teams. In addition, the bill aims to “prohibit designated agencies from entertaining complaints or investigations of policies” and “create a cause of action against a school that violates these provisions.”

Criticisms of this bill and others like it express concerns that it will single out trans students and open them to harassment. In addition, many question the timing of these bill requests being released during pride month.

“I didn’t time this bill to the month of June, we just needed to get this out as soon as possible,” said Dotson. “Hopefully it won’t open trans students to harassment, that’s not my intent here. My intent is to protect the sanctity of women’s sports.”

According to Dotson, there is a significant difference in performance between women and transwomen, even with taking testosterone suppressants. He added that estrogen boosters take a significant time to show effects.

“When it comes to how early a student transitions, I can’t say I know the exact statistics of how long the process takes and how prominent its effects are, but muscle mass is still clearly different.”

In response to concerns of privacy in determining a student’s sex, Dotson says students in extracurricular sports are required to take a physical to begin with, meaning students who are exceedingly good at sports wouldn’t need to be singled out for testing. He adds that there likely will be a disadvantage for transwomen playing on male sports teams, but this bill does not apply to co-ed sports.

“’I’m voicing my concerns strictly to those ladies who are working hard and diligently to excel,” said Dotson. “I’ve heard the voices of their parents loud and clear. There have been cases where women have excelled against men in sports. But if you look at the average male versus the average female, there’s really no comparison.”

An additional hurdle involves Title IX funding, which provides grants to schools under numerous conditions. One such condition relates to preventing sexual discrimination.

Dotson says that will be the next battle after the bill passes.

“This bill will have to go to the supreme court, and it’s currently unprecedented. I can’t say yet how it will be affected by Title IX, but that’s a challenge we’ll work to cross once we get to it.”

BR 154 is set to be discussed during the January 2022 legislative session, at which point it will be voted upon. Dotson says that gives a significant amount of time for planning and consideration of revisions.