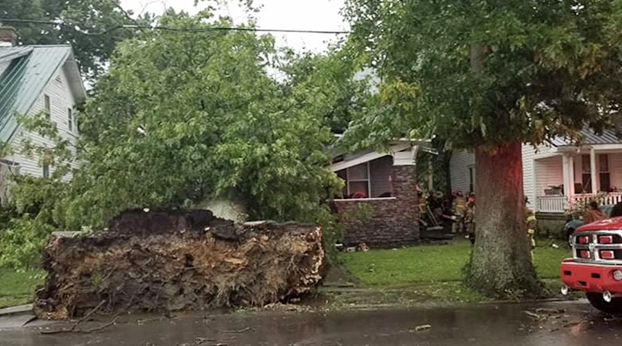 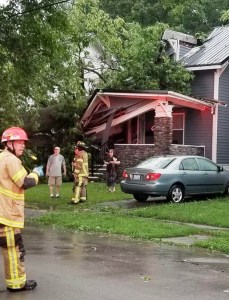 The severe storms in Clark County, Saturday, June 12, saw firefighters taking action. At approximately 2:55 p.m. a tree had given to the strong winds and collapsed onto a home at 310 West Hickman, breaking through the roof and trapping two children.

Battalion Chief Scott Bell said five people total were in the home. Three managed to escape, but the second floor, along with 50 percent of the house, collapsed and trapped the two children.

The storm had knocked out the fire department’s communications. Firefighters could have missed the incident had they not discovered it while fulfilling other dispatches.

According to Bell, Winchester firefighters could only get to the children after clearing out and climbing through the debris. He noted that the children, along with the rest of the residents, had not been seriously hurt.

Following the rescue, the family took shelter at the residence of a relative.