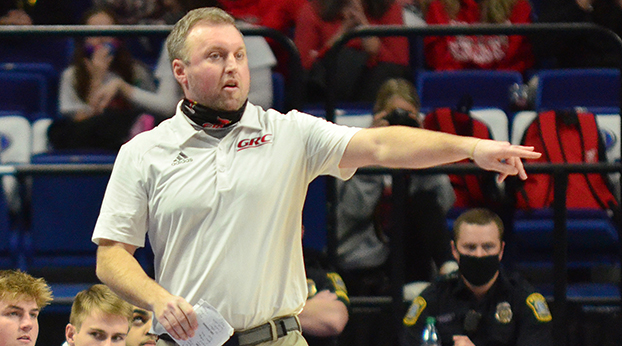 GRC coach Josh Cook instructs his team during its opening game of the KHSAA Sweet 16. - Photo by Jeff Moreland

A reflection on a great season for Cook’s Cards

Last Friday the Cardinals’ run in Rupp unfortunately came to an end in the Elite 8, as Elizabethtown defeated GRC to move on to the Final Four.

This season hasn’t been easy for the Cards in the least, but it was a season of fulfillment.

As everyone knows, GRC’s opportunity to play in Rupp in 2020 was taken away from them because of Covid-19.

When speaking with the team before the season started, you could feel the desire and drive to get back to Rupp Arena.

The presence was immensely felt not just by one or two players, but the whole team.

“I’m so proud of our guys this year,” says head basketball coach Josh Cook. “They chased their dreams of playing in Rupp and they achieved them. They put everything aside to be selfless and chase that goal together. They knew oneself wasn’t bigger than the team goal, and as a coach, I couldn’t be more proud.”

Coach Cook started off the season with the best start of his career at GRC, going 9-0. The Cards were hot and looked like they couldn’t be touched. They were winning left and right by 20, 30, and even 40 points.

They also would finish eighth in marginal points per game and fifth in rebounding.

The Cardinals achieved huge accomplishments this year, as a team and as individuals. 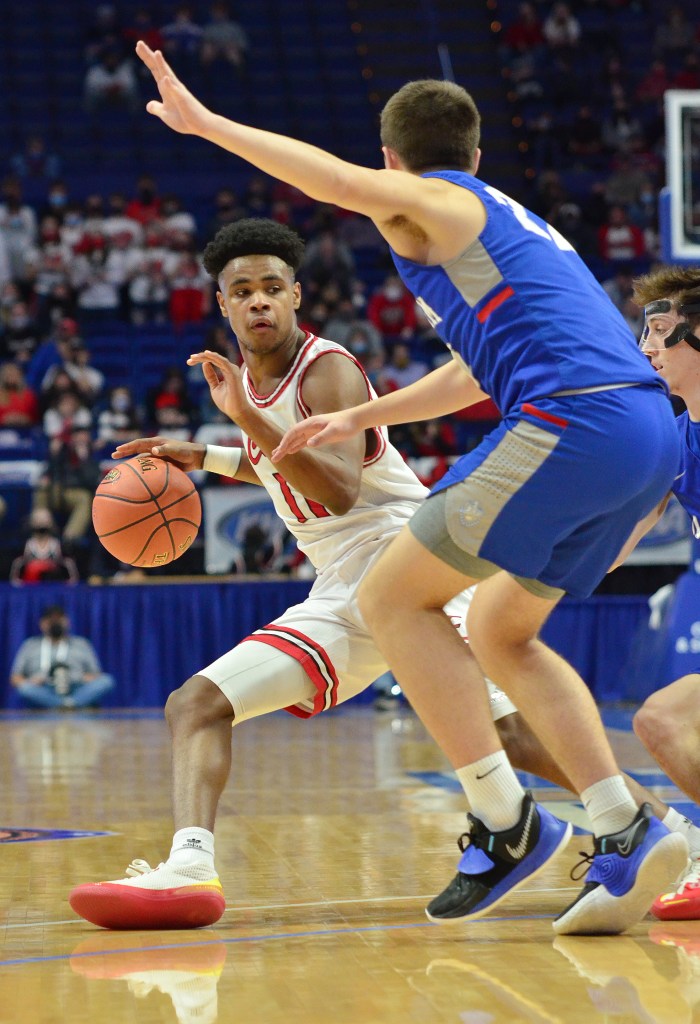 Junior Jerone Morton scored his 1,000th career point early in the season against Pulaski County, and in that same game, GRC reached its 2,000th program win, which is something not many schools have been able to achieve in Kentucky.

“Everyone bought into what we were trying to do this year,” says Morton. “We wanted the district and region championship, so we focused and put everything we had and achieved it. We got where we were trying to go, which was to Rupp Arena. I’m going to miss the fun bus rides with all the seniors and all the good times we had, but we will always have the memories together of this great season.” 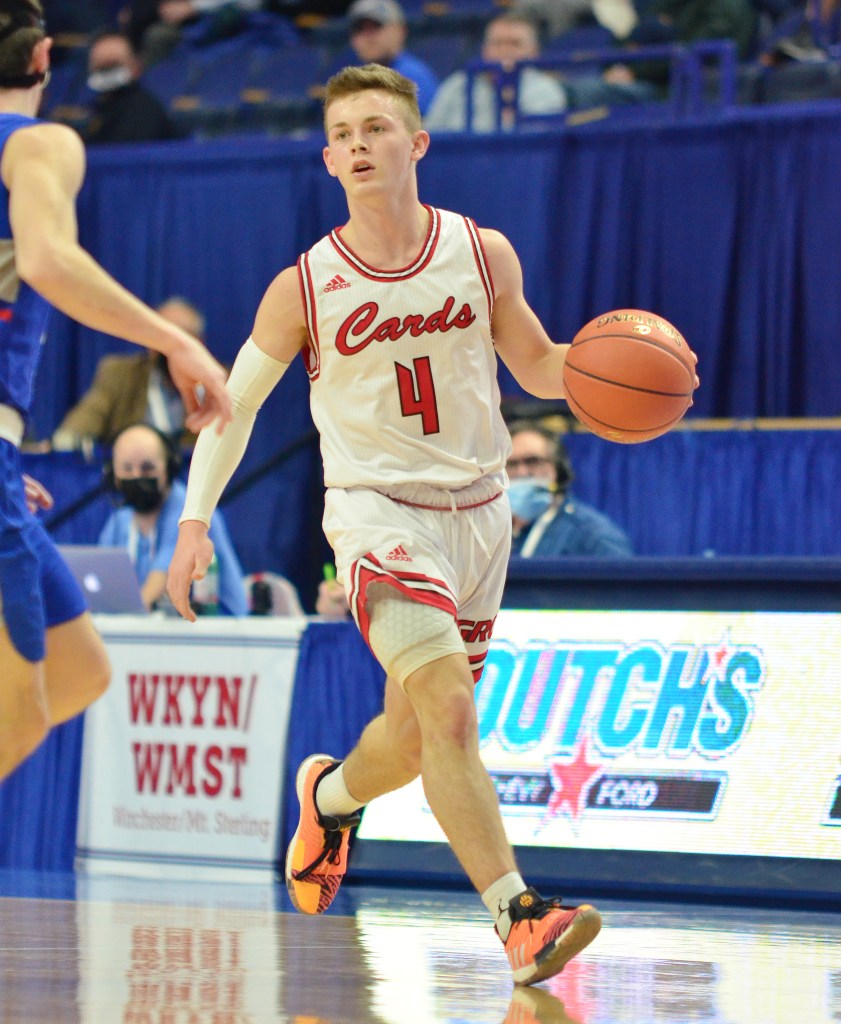 The big names returning for the Cards next season are Morton, Aden Slone, and Trent Edwards. Morton averaged 22.6 points per game with Slone averaging 11.8, and Edwards, 9.7 points.

They will for sure run the show next year as Wellman will be graduating, leaving his 17 points per game and 7.8 rebounds behind. Wellman had an incredible career at GRC finishing with 1,974 points and 775 rebounds. He finishes with a career 12.4 points per game and 4.8 rebounds per game, which is an amazing achievement.

“Playing here at GRC has changed me more than I could ever repay it,” says Jared Wellman. “The fans, the team, and the coaches all believed in me and loved me so much and it’s hard to walk away from that. I love each and every single person in that program, it’s such a big family and I’m forever grateful to be a part of it.”

The season was all about finding redemption for the Cardinals and getting back what was taken from them by Covid-19.

“Sadness just comes to mind when thinking about not having the seniors here next year,” says Cook. “To see personalities come together is so special to me. Each kid is different, but to be able to see everyone work together and mold into one unit, is the most rewarding part of this whole experience. I’ll always miss this team and the moments we had together, it was special.”

Next year should be a show, as Cook’s returners have the taste of state on their minds and a bitter taste in their mouths from the loss in the Elite 8. They are hungry for more and want to win the pinnacle of Kentucky basketball, the state championship.

“This season has been a ride and I’m so incredibly lucky to be able to do it with such a great group of kids,” says Cook. “Sacrifices were made and goals were achieved. Each season goals will be set and dreams will be chased. I love this quote, ‘The road isn’t always easy, but it’s the road you must travel if you want to live your dreams.’ I can’t wait for next year, Cardinal Nation, I can’t wait to chase that state championship.” 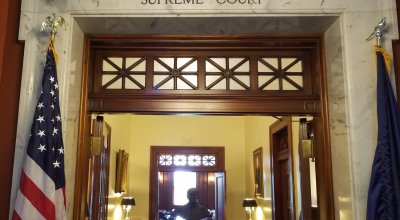 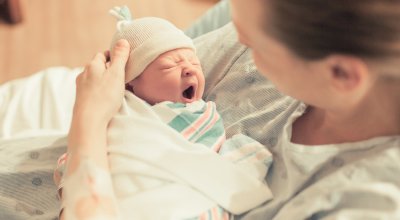 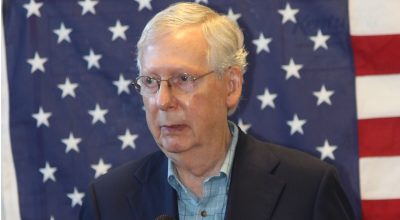 Beshear warns Ky. could be moving toward fourth wave of COVID-19

Central Kentucky rescue center misses fundraising during pandemic, but offers Primate Pal Program for those who want to help