Future for Mintz at UK still a mystery 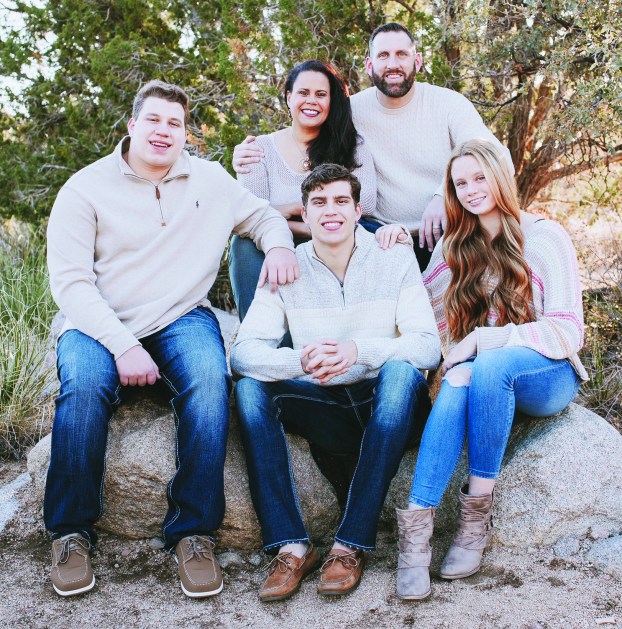 Lucas Padgett, left, will be a preferred football walk-on at Kentucky where his father, Scott, played basketball and his mother, Cynthia, played volleyball.

The 6-4, 285-pound center figured to attract even more attention after spring and summer camps as he had several big-time invitations to camps but those were all cancelled by COVID-19.

If that wasn’t enough, his father, former UK basketball standout Scott Padgett, lost his job as head coach at Samford in Birmingham and took a job on the New Mexico staff.

“We moved to New Mexico and then he did not get a football season at all (in 2020),” Scott Padgett said. “He was second team all-state as junior and would have been preseason first team in Alabama and been on a good team. Knowing what I know now, I wish I had just told him and his mother to stay in Alabama for the fall, take classes to graduate and get a football season.

“Who knew COVID would keep going on like this and they are very strict in New Mexico. We got here August 1 and we have not sat down in a restaurant and ate yet. We ate on patios but not in restaurants.”

Obviously there has been no way to make visits to college campuses but Lucas Padgett knew where he wanted to go — the University of Kentucky.  Not only did his dad play there and win a national title in 1998, but his mother, Cynthia Dozier, played volleyball there. That’s why he verbally committed to play football for UK coach Mark Stoops as a preferred walk-on

Padgett’s current school, La Cueva High School in Albuquerque, N.M., may have a shortened spring season that could open other college opportunities but Scott Padgett says his son was ready to be a Wildcat.

“Because he has been out of football, me and Cynthia talked to him about college. We have money put away for his education. We just told him we believed in him and you tell us where you want to go and we will try to make it happen,” Scott Padgett said.

“It was a no-brainer for him to go where he wanted. Nobody will say no to as good a player and teammate as he is. I asked him if he could go anywhere where would it be and he said he always wanted to go to Kentucky.

“I think UK is getting a steal that just fell in their lap. When he is done playing he will be a football or basketball coach. He’s really smart. He’s also too good not to have anything set for college. I did not want him to get left out and I just told him to do what he needed to do. We got together (with UK), talked, they watched his film, liked him and here we are now with him going to UK.”

Scott Padgett knows how good UK’s offensive lines have been the last five years. His son will also have family close by along with a lot of family friends.

“Everybody in our family is ecstatic. My parents, Cynthia’s brother and wife and son all live in Louisville,” Scott Padgett said. “All my friends are happy. A lot are Louisville fans but they are buying UK jerseys.”

Scott Padgett says his son, who played in the Blue-Grey All-American Bowl in January,  is the “ultimate teammate” who picks guys up when they are down.

“He is really smart (3.93 grade-point average) and calls coverages. He gets hyped for guys when they make plays. He is the guy everybody likes being around. You won’t meet anybody who doesn’t like him,” Scott Padgett said. “He has a good personality. He’s really smart like his mom but the rest of him is a lot like me.”

Lucas Padgett does play basketball like his dad and older brother, Logan, who is a sophomore at New Mexico playing for his dad like he did at Samford last year.

“Lucas played basketball. He played with Logan for two years in Alabama. He played again last year as a junior and would have been a four-year varsity player if they had a season but there was no basketball season here, either,” Scott Padgett said. “He is straight post up, has a good hook hook. He can post or pass.”

Lucas’ father is glad he’s found his niche as a football player.

“It’s a way for him to make his own name and do his own thing,” Scott Padgett said. “He loves basketball but the way he is built he is ready made to be a football player.

“I am jus now his dream is becoming a reality. Kentucky is where he always has wanted to go. His dream was to play at Kentucky and then if he was good enough to play for the (Indianapolis) Colts. If you grew up in the Padgett family you were a little blue. My dad instilled Big Blue Nation in me. Maybe if I was a football coach he would want to play where I am coaching like my older son. But Lucas is all football and all Kentucky.”