Lighten the burden of others 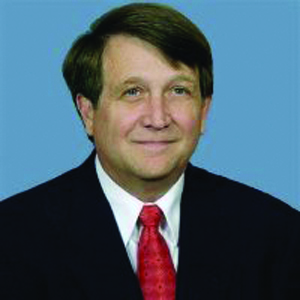 Another view of the State of the County

I first want to thank Randy Patrick of The Sun for reporting on County Judge Chris Pace’s virtual State of the County address to the Rotary Club. Having not seen or heard the address firsthand, I can therefore only comment on the article’s printed content.

First while property tax rates have decreased, facts will show that the rate of 2010 was lower than currently, not 20 years as claimed. While investments have been made in increasing staff within the Fire Department, other public safety agencies like the Sheriff’s Office and Detention Center have seen budget cuts. On the other hand, the Fiscal Court is now paying some expenses for other county officials that previously were those agencies’ sole fiscal responsibility.

As for the ultrasound machine, the county’s portion came from the Fiscal Court Community Foundation, which was established with funds from the sale of the Rockwell property. The fund was established in 1998 for as an endowment to fund educational and charitable purposes for the citizens of Clark County. However, the court has approved other expenditures from that fund to reduce costs of what I think is the fiscal responsibility of the court and not for the expressed  charitable and educational purposes of the fund.

With regards to firearms, Judge Pace attempted to enact legislation regarding the possession firearms in our community parks only to learn that unnecessary. Those had been spelled out and approved in 2013.

The Winchester Clark County Industrial Development Authority is the responsible agent for recruiting and retaining industries and has always sought out those compatible with our available infrastructure and continues to support expansion of existing industry.  Fact of the matter is, in the last two budgets proposed by the Judge the WCCIDA was not fully funded the as set forth in the governing oversight agreement.  Most importantly the WCCIDA has complied an extensive list of new and expanded projects during the last 16 years, so I am left to wonder how and what there is to recover from.

Speaking of the Eastern Bypass and US 60, there are several conflicting thoughts. First, the completion of the Bypass had been funded under Gov. Steve Beshear but defunded under Gov. Bevin. Secondly, smart growth would most certainly call for balanced growth. There is a huge opportunity for growth along that eastern corridor given the existing transportation infrastructure as opposed to promoting growth in other underserved areas. No doubt, there is a housing need.  However, the greatest need in Clark County is for more affordable housing.

Finally, the Fiscal Court is fortunate that the lion’s share of revenue is generated through property tax and net profits tax, unlike most cities that are heavily dependent on payroll tax.  In comparing these revenue streams, there is no question which has been most severely affected by the pandemic.

While there is no question that I am in the minority opinion on many court actions, I will always offer honest and factual information and hope my words fall on open minds while being optimistic that we can remember the words of John F. Kennedy:

“Let us not seek the Republican answer or the Democratic answer, but the right answer. Let us not blame the past (but) accept our own responsibility for the future.”

Robert Blanton is a magistrate on the Clark County Fiscal Court and former city manager for Winchester.