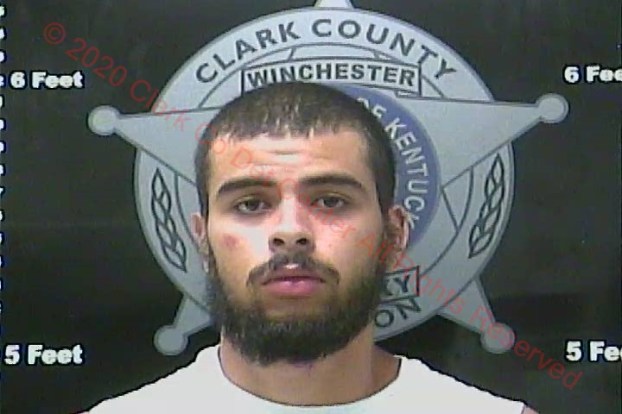 A Clark County man faces various charges after he caused a wreck that resulted in the death of an unborn child.

Desmond Davis, 23, of Winchester was arrested by Clark County Sheriff’s deputies Thursday. He is charged with third-degree fetal homicide, first-degree assault, first-degree wanton endangerment and operating a vehicle under the influence of alcohol or drugs.

The accident happened shortly after 9 a.m. April 19, 2019, when Davis was traveling west on Kentucky 2888 (Rockwell Road) in a 2004 Dodge Durango. Witnesses said they saw Davis swerving out of control on the roadway, according to the citation.

Davis’ vehicle spun in front of a 2004 Ford F150 driven by Cassie Arreguin, 30, of Winchester, causing Arreguin’s vehicle to strike Davis’ in the right side.

At the time of the incident, Davis told deputies he lost control of his vehicle in a curve on the wet roadway.

Arreguin’s minor son was a passenger in her vehicle and was injured along with Davis’ passenger, Autumn Huffnagle, 22, also of Winchester.

Clark County Sheriff Berl Perdue Jr. said Davis’ toxicology results came back recently, which indicated he was under the influence of fentanyl at the time of the crash.

Davis is lodged at the Clark County Detention Center with a $100,000 cash bond.