Witt: Is there alien life? It will be a… 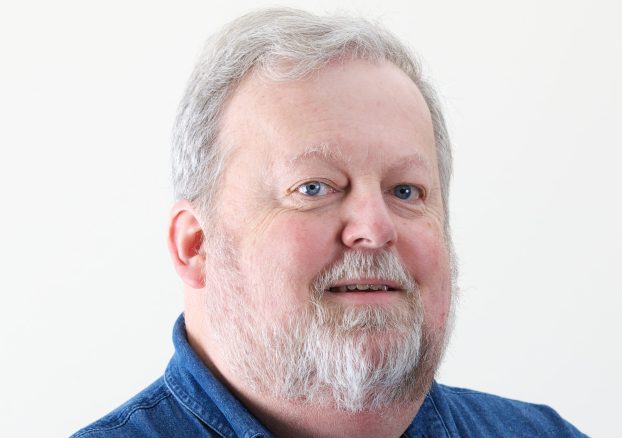 “We have it in our power to begin the world over again,” wrote Thomas Paine, who helped turn American opinion toward independence from Britain in the 1770s.

As a boy fascinated with reading American and British history, I thrilled to Paine’s stirring rhetoric. But as I’ve matured, I’ve come to believe it was Edmund Burke, not Paine, who got it right.

Paine believed the individual has no social relations at birth and is therefore equal to all others.

Burke knew that each of us is a product of the society into which we are born and the institutions that shape us, especially family, community and religion.

There are no “natural rights” outside of society. We cannot look past history to nature and start anew, and every attempt to do so results in chaos and tragedy, Burke reasoned. Societies begin in barbarism, but evolve over time.

Paine and Burke, both British, were the leading intellectual voices advocating American independence, but their philosophies were different.

Paine was the father of liberalism, Burke of conservatism.

In writing about the American Revolution, Burke never referred to it as a revolution, always as a “crisis.” It really wasn’t a true revolution in the modern sense.

Like England’s Great Revolution of 1688, which Burke described as “a revolution not made, but prevented,” the American conflict was fought to preserve our ancient laws and liberties. It was King George III’s government who upset the old order by imposing new taxes and laws on the colonists without consulting them and denying them the representation they had before.

Burke was not against change. In fact, he was at the forefront of nearly every reform movement, opposing slavery, advocating for religious freedom, and championing the rights of the Irish and Americans. But rather than wanting to effect change by tearing down institutions and taking everything back to some natural beginning, as Paine did, Burke advocated what he called “prescription,” the idea of adapting well-established practices and institutions to changing times and preserving the advantages of experience.

“We must all obey the great law of change. It is the most powerful law of nature, and the means, perhaps of its conservation,” he wrote.

The individual is foolish, the multitude, for the moment, is often foolish, but the species is wise, and if given time, will usually come around to what is right, Burke argued.

One of the great divides in the early American republic was over the French Revolution. Thomas Jefferson and other liberals sided with Paine in supporting it; Alexander Hamilton and other conservatives sided with Burke in opposing it.

The French Revolution, unlike America’s, was a real revolution. It sought to destroy and replace everything that had come before — not only the monarchy and aristocracy, but also the church, the old provincial and family allegiances, to erase history, to take everything down to its roots, and if anyone insufficiently radical got in the way, they got the guillotine.

It was a foretaste of the Mexican and Russian revolutions and every other reign of terror the world has known that sought to create utopia by eradicating institutions and tradition.

From across the English Channel, Burke looked on with horror at what was happening in France, afraid it would spread to Britain and beyond.

“He that sets his house on fire because his fingers are frostbitten can never be a fit instructor in the method of providing our habitations with a cheerful and salutary warmth,” he wrote.

In our time, the Burkean way of moderation and reform is increasingly rejected in favor of revolution.

Rather than shore up Social Security or the U.S. Postal Service by making simple, prudent changes that would preserve them, the hard right, who call themselves conservatives, want to privatize or end them. And illiberal leaders of the left, rather than build on what is good about the Affordable Care Act or improve police practices and training, want to take away people’s private health insurance and defund and dismantle the police.

What we need today in America is unity not division, compromise not confrontation, solidarity not identity politics, reform not revolution.

On this Independence Day, I urge Americans to be a little less independent and more community minded, more caring and less self-centered — because the only way we will get through the multitude of challenges our country faces is together.

Randy Patrick is a staff writer for Bluegrass Newsmedia.