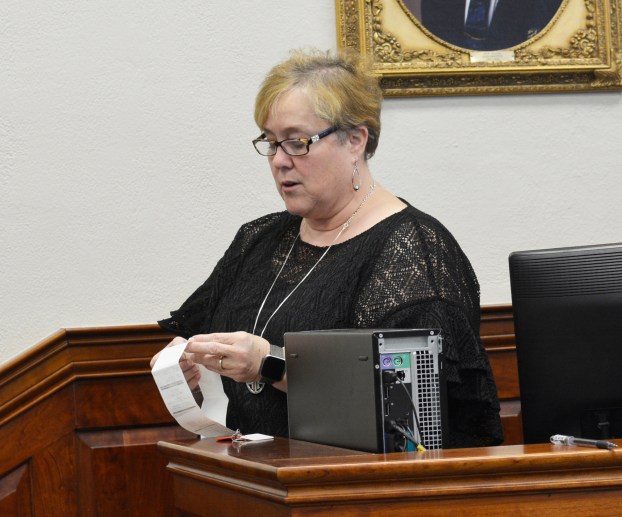 There were nine Democratic candidates in the race, but third place winner, Mike Brohier, a farmer and former newspaper editor, got only 439 votes in Clark County, and only two others, Andrew Maynard and Mary Ann Tobin, got more than 100.

In the Republican primary, McConnell garnered 3,124 of the 3,785 votes cast in Clark County. His closest competitor among the seven who challenged him, C. Wesley Morgan, a former state legislator from Madison County, got only 263.

McGrath will challenge McConnell in the Nov. 3 general election.

In the Democratic race for the 6th U.S. House District, Josh Hicks, a Lexington lawyer and former Republican, got 3,146 votes in Clark County compared to 1,269 for Daniel Kemph, who ran for the office before.

On the Republican side, Congressman Andy Barr of Lexington, had no real competition. HJe got 3,578 of the 3,851 votes in the county. His opponents, Chuck Eddy and Geoff Young, got 151 and 122 votes, respectively.

Both Barr and Hicks easily won the the district and will face each other in November.

In Clark County, Trump got 3,355 votes, or just over 87 percent in the Republican primary, compared to 496 votes for an uncommitted delegation to the convention.

Biden got 3,133 votes in the Democratic primary, compared to 658 for uncommitted, and 11 other Democrats who had dropped out divided the rest of the total of 4,871 votes.

In the race for 73rd District state representative, Ryan Dotson won the Republican primary over incumbent Les Yates and carried Clark County by only two votes, 1,903 to 1,901.

The district includes all of Clark County and three precincts in Madison.

In the Democratic primary for state representative, Kenny Blair carried Clark County by only one vote over Rory Houlihan, 1,521 to 1,520. Pat Banks of Richmond was third in the county with 1,405.

In the entire district, Banks was second place, but she dropped out of the race before the election.

Also on the ballot in the fall will be races for Winchester Board of Commission, Clark County Board of Education, and the Conservation District.