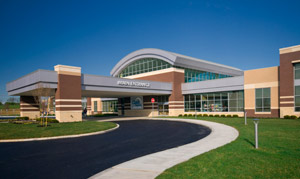 Clark Regional to get $3 million in settlement

Clark Regional Medical Center is expected to get more than $3 million in a settlement involving Medicaid funding rates.

The hospital in Winchester is one of 54 rural hospitals that will receive $383 million in state and federal dollars as part of the settlement of the 13-year-old dispute.

According to a press release from the Governor’s Office Monday, the settlement, negotiated by Gov. Andy Beshear with support from U.S. Senate Majority Leader Mitch McConnell, convinced the federal Centers for Medicare and Medicaid Services (CMS) to offer funding in combination with the state’s liability of $93.9 million. Former Gov. Matt Bevin’s administration had budgeted an estimated $425 million in state funding to settle the case.

“The funding is much-needed relief to our rural hospitals and health care workers that have been on the frontlines helping to fight the global pandemic,” Beshear said in a prepared statement. “We expect to be issuing checks as early as next week.”

In a statement, McConnell said it was his “privilege” to support the medical professionals and to work with Beshear and President Donald Trump’s administration to “deliver urgently needed resources” to the hospitals.

Bridget Foster, a spokesperson for LifePoint Health, which owns Clark Regional Medical Center, could not be reached for comment Wednesday. Earlier this year, when asked about the lawsuit, she confirmed that the local hospital was a party in the suit, but said the company could not comment on pending litigation.

The litigation began with an administrative action in 2007, followed by the lawsuit in 2013, both involving the rate-setting methodology used for acute care hospitals for 2007-15. The hospitals claimed the methodology used by Kentucky Medicaid was invalid, and Franklin Circuit Court and the Kentucky Court of Appeals agreed. The case was pending before the Kentucky Supreme Court.

This year, Beshear asked CMS to exercise its authority to dedicate federal Medicaid funds owed to rural hospitals. At the request of the governor’s administration, McConnell’s office contacted senior officials at CMS and the U.S. Department of Health and Human Services about the issue, and on April 3, McConnell and Beshear announced that CMS approved Kentucky’s request to recover Medicaid federal match rates and provide federal funds for payment.