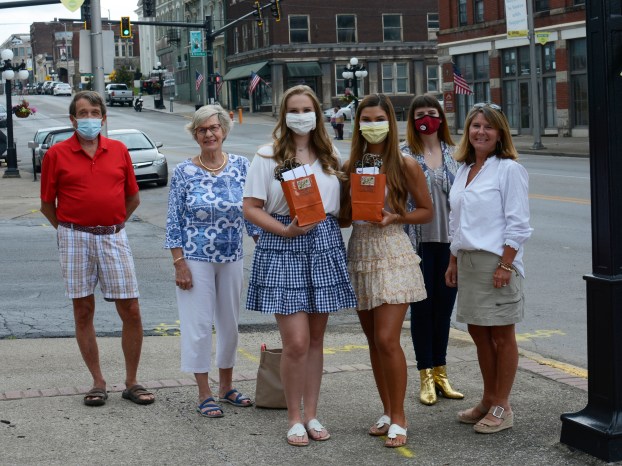 George Rogers Clark High School grads Caroline Cuccinelli and Hannah Curreri were recognized Thursday for their support of Main Street Winchester. The girls promoted downtown and its revitalization program in a series of videos for the school's newspaper. From left are Magistrate Robert Blanton, City Commissioner Kitty Strode, Cuccinelli, Curreri, Rachael Boyd and Sherry Richardson. All are members of the Main Street Board.

Two recent George Rogers Clark High School graduates, Caroline Cuccinelli and Hannah Curreri, were recognized Thursday by the Main Street Winchester Board of Directors for their support of the program and promotion of downtown Winchester during their senior year.
Sherry Richardson, promotions chair of Main Street Winchester, said the program wanted to connect with high school students to get youth involved, and Cuccinelli and Curreri responded by writing for their school newspaper, Smoke Signals, about things going on downtown and making a series of videos interviewing local businessowners.
The watch the video series, visit grcsmokesignals.net or like the newspaper’s Facebook page, GRC Newspaper.
To show their appreciation for their efforts, downtown businesses and the Ale-8-One Bottling Company teamed up and got the girls some gifts, which board members presented Thursday afternoon on North Main Street.
Among those who were there to present the gifts were board members Robert Blanton, Kitty Strode, Rachael Boyd and Richardson.
The journalism students’ teacher, Shanda Crosby and family members of the students also attended.
“I think it was such a great experience for us to learn about Main Street ourselves and for us to enlighten others about it,” Curreri said. “Main Street is such a focal of Winchester, and I think that everybody needs to know how important it is to support your downtown …”
The students were also part of a small committee established to focus on downtown Winchester’s image development.
“We’re really thankful that they have honored us in this way,” Caroline said. “We love being a part of the committee, and it’s just really been a great experience for us.”
Curreri said downtown Winchester in an “awesome place,” and she’s been excited to learn about this growth.
“They’ve really done a good job of restoring it recently, and … it’s so lively, and everyone’s so closely knit together, and it’s a great place to come and support one another and a great place to spend your day,” she said. 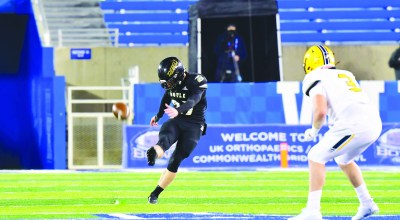 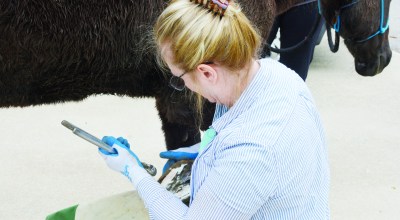