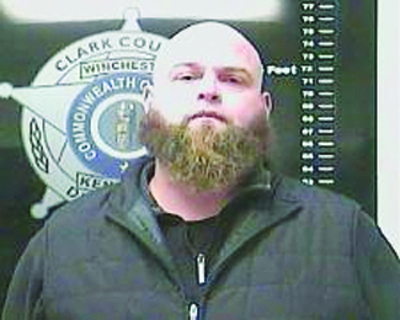 A Winchester man is facing wanton endangerment charges after his wife was killed by their dog in November.

Christopher Collins, 41, of 403 Verna Drive, was served Sunday with a warrant for second-degree wanton endangerment and a summons for not reporting a previous incident when the dog bit April Collins.

According to court documents, Christopher Collins arrived home on Nov. 1, 2018, and found his wife April unresponsive in their home with multiple injuries from their dog. She died the following day at the University of Kentucky Medical Center.

Detective Matt Eversole with the Clark County Sheriff’s Office said April Collins was bitten by the dog on Oct. 31, 2018, but Christopher Collins did not report it. State statute requires that authorities be notified within 12 hours of any dog bite, whether by medical professionals or another person. A previous incident on Sept. 29 was reported, he said.

Eversole said neighbors and acquaintances saw April Collins with other dog bite wounds, but those incidents were not reported or documented.

Court documents indicated April Collins stayed home from work on Nov. 1 with the dog, and Christopher Collins sent a number of texts during the day to check on her.

“I dare you to be drunk when I get home,” said one text. Others included, “Where is duke please be careful” and “Are you okay I’m worried about Duke and you.”

Eversole said toxicology testing confirmed there was alcohol in April Collins’ system at the time of her death.

Christopher Collins was charged with wanton endangerment for allegedly leaving his wife in a situation which could cause harm and for not reporting the Oct. 31 incident. Second-degree wanton endangerment is a misdemeanor while failure to notify is a violation.

Christopher Collins was released after posting a $1,000 cash bond. He is scheduled to be arraigned Feb. 11 in Clark District Court.

The dog is being kept at the Clark County Animal Shelter, Eversole said, and its fate will ultimately be determined by the court.