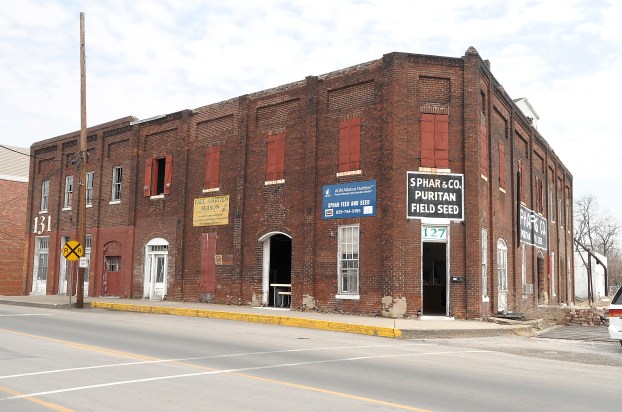 The Clark County Fiscal Court voted to begin taking steps to end its involvement with the Sphar building project.

Following a presentation by Winchester Mayor Ed Burtner Wednesday, the court voted unanimously to contact the Department of Local Government and check about the requirements to resolve the county’s $500,000 community development block grant for the project.

The city purchased the 137-year-old former seed warehouse four years ago and has been working to preserve and rehabilitate the 27,000 square foot structure. Burtner said the building may not survive this winter and he supported ending the project.

“It’s disappointing,” Burtner said. “I think if we could have done this five or six years ago before it started falling apart, we would have had a good project.”

In addition to the CDBG, the city obtained a $1 million Transportation Enhancement grant and the Greater Clark Foundation pledged a total of $350,000, along with other funds.

In October, the city received two bids for the project of approximately $3 million and $3.6 million, well above the nearly $2 million already obtained or pledged for the project. Burtner said the city was presented with three options: raise the additional money, reduce the scope of the project or end the project and demolish the building.

Under the final option, Burtner said the city would be responsible for 80 percent of the design costs as well as demolition and preparing the site.

The Winchester Board of Commissioners is scheduled to discuss the situation during its Nov. 20 meeting, he said.

Burtner said the project was delayed several times, partly because of the number of governmental bodies involved in funding or approving the project.

“We have done our best,” Burtner said.

Magistrate Daniel Konstantopoulus said he was worried about the potential cost beyond the bids.

“When you look at the bids, there was a large discrepancy,” he said. “I worry about change orders.”

Later in the meeting, the court voted 5-1 for Judge-Executive Henry Branham to draft a letter to the Board of Adjustments seeking its minutes and additional information concerning its ruling about Stuff Recycling.

The metal recycling business on U.S. 60 has been a source of much discussion since a June fire burned for three days at the property. A group of residents believe the business is in violation of its zoning regulations and is causing health issues.

Branham said he, County Attorney Brian Thomas and an attorney for Stuff met recently to discuss the situation, but the BOA has not issued its minutes or any specific violations by the company yet.

“We’re in limbo until they make a decision,” Magistrate Sheila McCord said.

Branham suggested not taking legal action until the BOA issues its findings in writing.

The fiscal court has scheduled a special meeting for Dec. 4 at Grace Baptist Church for residents to share their concerns about the business. According to the agenda, speakers will be limited to three minutes each. Branham said previously the fiscal court would not take any action that night.

Earlier in the meeting, the fiscal court:

— approved an invoice for $4,250 from 2014 for Arrow Metal and Coatings for cleaning the courthouse tower. Branham said the county never received an invoice previously.

— approved a resolution for a memorandum of agreement for discretionary road resurfacing funds totaling $225,500.

— approved the low bid of $65,064 from Triple C Construction for a bridge project on Donaldson Road.

— approved a bid of $55,185 from Hinkle Environmental Systems to repair a slide on Old Ruckerville Road. It was the only bid submitted.