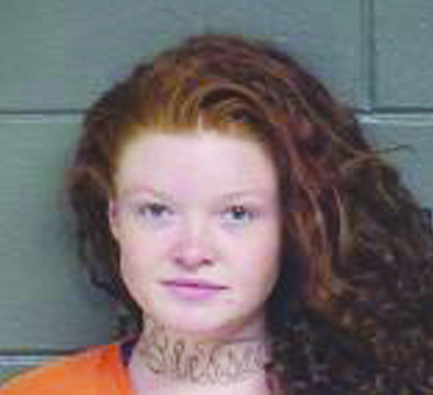 Winchester Police finally found the victim in a shooting earlier this month, after she was arrested on a warrant.

Officers had been looking for Megan Deshay Griffin, 22, since Aug. 10 after she was reportedly shot on South Highland Street.

Griffin was arrested this weekend on a warrant from Scott County for failing to appear in court, Winchester Police Capt. James Hall said.

“She did confirm (Clarence) Reynolds was the one that shot her,” Hall said.

Reynolds, 25, of Stanton,was arrested Aug. 23 and charged with first-degree assault and tampering with physical evidence, after officers found him at his mother’s residence in Powell County.

Hall said previously the shooting followed an argument between Reynolds and Griffin, during which Reynolds allegedly shot Griffin in the leg.

Reynolds fled and Griffin went to Washington Street Apartments, where she got medical treatment before fleeing herself. Hall said they never received information from any hospitals of a woman showing up with a gunshot wound.

Officers recovered a small handgun from underneath a vehicle at M&W Auto Repair, where the incident took place.

Reynolds was arraigned in Clark District Court last week and is scheduled for a preliminary hearing Wednesday. He is being held in the Clark County Detention Center ona $25,000 cash bond.