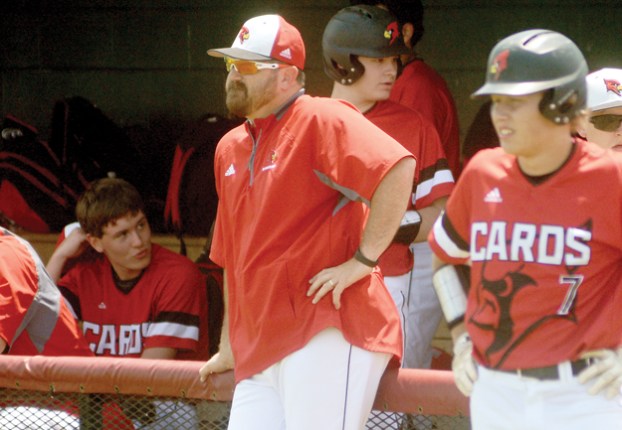 Ginter out as GRC baseball coach

Despite leading the George Rogers Clark High School baseball team to the state tournament in 2017, Matt Ginter will not return for his seventh season at the helm.

Ginter said he met with administrators Friday and was told the job opening would be posted. Ginter and administrators did not comment on the reason behind the decision.

Ginter sent a text to baseball players and team parents informing them he would not re-apply for the position.

GRC Director of Athletics Jamie Keene said all coaches were notified in May of non-renewal of their contracts, as usual, and Ginter was welcome to re-apply when the job was posted.

The job’s opening was posted as of Friday.

Ginter’ had been updating the 2018 schedule for the Cardinals as recently as this week.

“That’s their decision,” Ginter said. “We get pink slipped every year. It’s up to the principal if he wants to rehire.”

Ginter took over the program in 2012, winning a 40th District title and a region tournament game in his first year.

In six seasons, Ginter’s Cardinals were a combined 116-77, winning four district championships and one region title.

In the past two years, GRC’s season was ended by the state tournament runner-up — Campbell in 2016 and Simon Kenton in 2017.

The Cardinals defeated Harrison County for the 10th Region championship earlier this year and fell, 3-1, to Simon Kenton in the opening round of the state tournament.

Ginter said he wished the kids and the program the best next season.

“I’ve had kids texting me and thanking me for helping them grow as baseball players and as men,” he said. “I hope they have a great season next year.”

Ginter is uncertain about his own future.

“I have a couple job offers already, and I will sit and decide what my step will be,” he said.